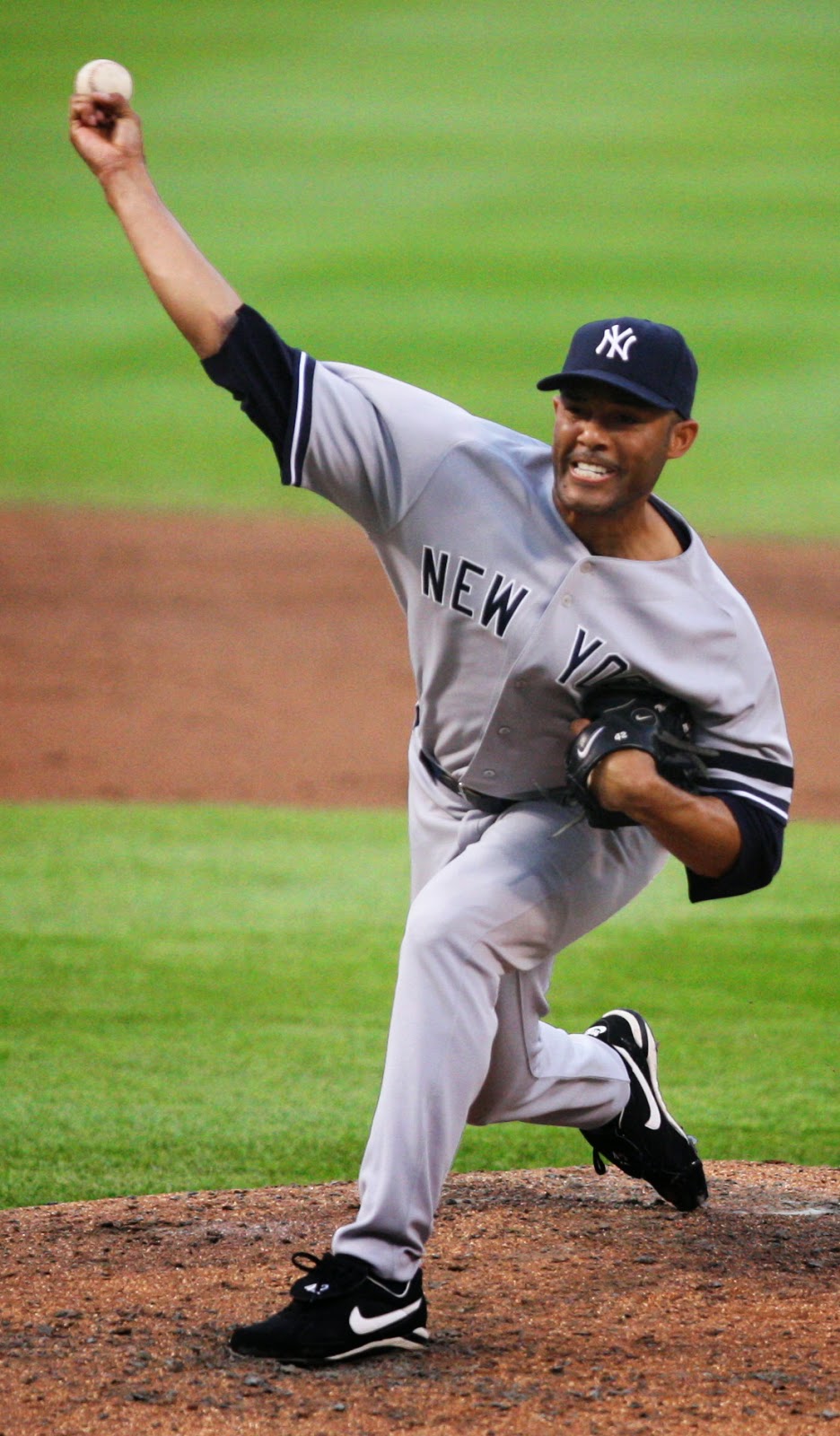 It used to be that when a starting pitcher threw a clean eighth inning, he would start the ninth. More and more, however, that doesn't happen. If starters pitch through the eighth, they are often relived by the team's closer regardless of how they pitched the ninth. Personally, I think this is inane, but it reflects current conventional wisdom in major league baseball: to win, you gotta have a closer, and so teams will spend ungodly amounts of $s to get one.

The problem is that closers as good as Mariano Rivera are rare, and most teams would probably do just as well, or better, if they closed by committee and spent big-dollars for other positions. As an article in today's New York Times notes ("A Season Opens. But Who Closes?"), dropping huge $s on big name closers is a hit-or-miss proposition (e.g., Miami Marlins and Heath Bell); in fact, the last three World Series winners (St. Louis Cardinals, San Francisco Giants, Boston Red Sox) all finished the season with different closers than they started with. But, professional baseball is no less immune to current fads than are other professions, so I doubt that too much will change in the short term.
Posted by Sean F. Everton at 1:41 PM