News broke in recent days that John Kasich and Ted Cruz are openly coordinating their campaign strategies in the hope of stopping Donald Trump march to the GOP nomination. Kasich plans to focus his efforts on the primaries in Oregon and New Mexico, while Cruz plans to target Indiana. For Cruz this makes sense. Delegates are awarded proportionally in Oregon and New Mexico, which means that even if the combined Cruz and Kasich vote is lower than Trump's, it won’t cost them too many delegates. By contrast, in Indiana delegates are awarded on a winner-take-all basis at both the congressional district and statewide levels, which means that if Cruz wins Indiana, he could walk away with most of Indiana's delegates.

But why is Kasich still in this race at all? He still has won fewer delegates than Marco Rubio, who dropped out some time ago when it became clear that he no chance of winning the nomination, at least not in this election cycle. Kasich must believe that he still has a chance of winning, apparently assuming that he has a shot if Trump doesn't win on the first ballot at the Republican convention. But surely he is deluding himself. Even if Trump doesn't win on the first ballot, there are others who are more likely to win on the second, third, or fourth ballots with Ted Cruz being the most obvious choice. The old saying is evidently still true: Denial is not only the name of a river in Egypt.
Posted by Sean F. Everton at 5:25 PM No comments: 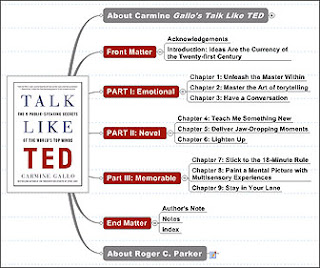 One of my homiletics professors at Vanderbilt, David Buttrick, once remarked that when Johnny Carson's Tonight Show was popular, preachers all around the country attempted to imitate his style -- namely, standing, not behind the pulpit, but rather in front of the congregation, delivering their homilies from memory (i.e., without notes). As Buttrick noted, however, what many of these preachers didn't realize was that Carson's opening monologue didn't occur without notes; instead, they were written on cue cards strategically placed across the stage out such that they were out of sight of the live and television audience. Unsurprisingly, most ministers failed in their attempt to imitate Carson's success because they didn't have access to their notes as Carson did. Consequently, their sermons wandered and lacked coherence. Those who succeeded generally did so because they spent numerous hours memorizing and rehearsing their sermons. To be sure, there are a gifted few who are quite good at speaking extemporaneously, but most can't, which, of course, is Buttrick's larger point: namely, most ministers shouldn't stray too far from the pulpit or their notes.

The Tonight Show is still with us, of course, but its novelty has worn off, so my sense is that "TED talks" may exert more of an impact on contemporary preaching than do Jimmy Fallon, Stephen Colbert, Jimmy Kimmel, and Conan O'Brien (not to mention John Oliver). For those unfamiliar with TED, which stand for Technology, Entertainment, and Design, TED is a global set of conferences run by the private non-profit Sapling Foundation. It was founded in February 1984 as a single event but annual conference began in 1990. TED's early emphasis was technology and design, but it has since broadened its focus to include talks on many scientific, cultural, and academic topics.

TED talks, which are limited to 18 minutes in length, can be quite engaging. In fact, I often show them in my classes. Thus, it shouldn't be surprising that some communication gurus have analyzed TED talks in order to tease out what makes them so popular. For example, Carmine Gallo examined the several of the most popular TED talks and identified nine "secrets" for being a successful public speaker, which are summarized in his book, Talk Like TED. I found many of these quite insightful, and I plan to incorporate some into my weekly lectures. However, as Gallo notes, successful TED presenters typically practice their talks 100 to 200 times before they step on to the TED stage, and most preachers simply cannot afford to rehearse their sermons that often, at least not if they take tasks such as pastoral care and church administration seriously. Thus, while contemporary preachers can learn a lot from watching TED talks (and from reading books such as Talk Like TED), they should also realize that most weeks they won't be able to "Preach Like TED."
Posted by Sean F. Everton at 12:24 AM 1 comment:

On the Lighter Side: A Little Biblical Humor 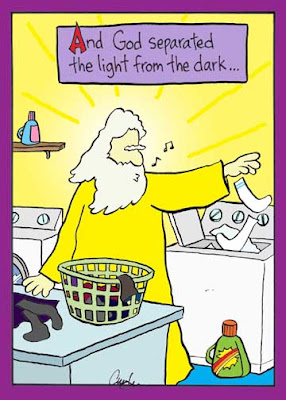 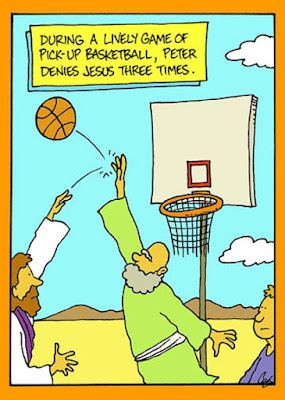 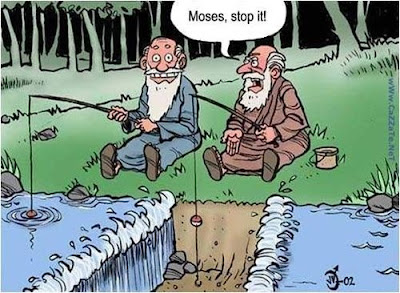 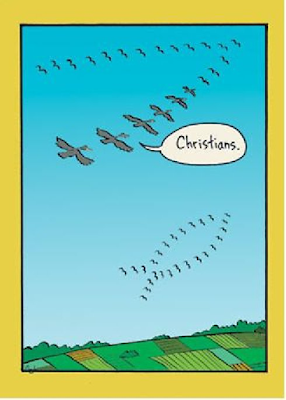 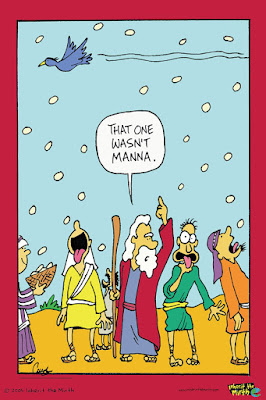 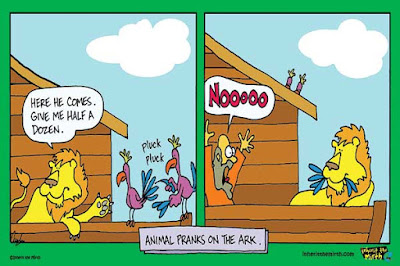 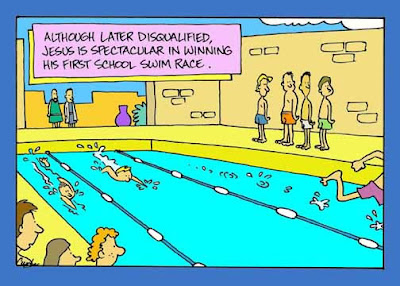 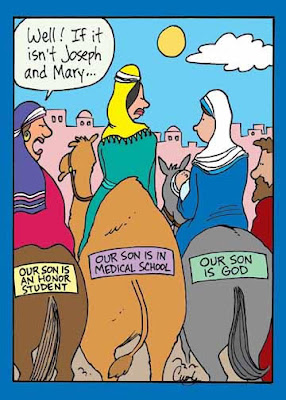 Bernie Sanders is Doing Almost as Well as Donald Trump

Back in January FiveThirtyEight and the Cook Political Report mapped out the number of delegates that each of the presidential candidates needed to win for each primary/caucus in order to clinch their party's nomination by their respective national conventions this summer. Briefly, here's how they made their estimates (for more detailed information on their methods and assumptions, see "Who's on Track for the Nomination"):


For the GOP candidates, they relied on a three-step process. First, they utilized three variables — education, religious affiliation, and state and congressional district partisanship — to model the candidates' geographic support in primaries and caucuses. For example, they assumed that Donald Trump would perform best in states and districts with small shares of college graduates, while Ted Cruz would do better in places with large shares of evangelical protestants. Next, they translated this support into delegates based on the delegate allocation rules in each contest. Finally, they calculated individualized, state-by-state delegate targets for each candidate. For example, they estimated that to be “on pace” to win 1,237 delegates by the Republican convention, Cruz would need to win 47 of South Carolina’s 50 delegates, while Trump would need to win just 38.

Their estimates for the Democratic candidates followed a similar logic but drew on slightly different assumptions. In particular, they based their estimates on the racial composition of the Democratic electorate in each state, how each state lines up on a liberal-conservative scale, and whether Democratic voters live in rural or conservative areas. They assumed that Sanders would do better in whiter, more liberal, and more rural states, while Clinton would do better in states with more nonwhite voters.

So why do I claim that Bernie Sanders is doing almost as well as Donald Trump? Because heading into the Wisconsin primary next Tuesday, Sanders has captured 92% of his delegate target up to this point (1,038 out of 1,129), while Trump has captured 95% (752 out of 789). The difference, of course, is that Trump holds a substantial lead over Ted Cruz and John Kasich, while Sanders lags behind Hillary Clinton. Trump has clearly benefitted from a campaign in which he was pitted against a large number of "establishment" Republican candidates, while Sanders has essentially had to go it alone against Clinton. In many respects, it's remarkable just how well Sanders has done.

All this suggests at least two things: First, Sanders could still has a shot at being the Democratic nominee (although it is a long shot) and, second, Trump may not secure enough delegates to clinch the GOP nomination before the convention (although he is in a good position to do so). In fact, if he doesn't, there's a very good chance someone else will walk away as the Republican nominee ("It’s Probably First Ballot Or Bust For Donald Trump At The GOP Convention").

Note: For FiveThirtyEight's and the Cook Political Report's state-by-state targets for each of the candidates, as well as how well each candidate is doing with respect to those targets, see "Who's on Track for the Nomination."
Posted by Sean F. Everton at 11:39 PM No comments: