I Hope Niner Fans Were Watching 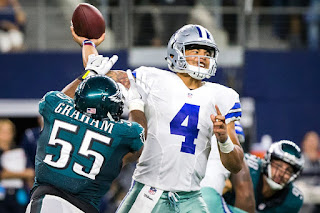 Last year, Dallas Cowboys' quarterback Dak Prescott had a great rookie season, and for the most part, his sophomore season has been going pretty well too. In fact, along with Philadelphia Eagles' quarterback Carson Wentz, who was also a rookie last year, Prescott has had one of best starts that any NFL quarterback has had in their career ("Wentz And Prescott Are The Best Second-Year QBs We’ve Seen In A While"). The last two weeks have been a bit rough for Prescott, though, especially this past Sunday against the Eagles when he had his worst game as a pro, throwing 3 interceptions (including one during garbage time) and registering a QB rating of 30.4. What changed? A key Cowboy offensive lineman, Tyron Smith, was lost to an injury, and the team's star running back, Ezekiel Elliott, is serving a 6-game suspension for domestic violence.

Hopefully, a lot of Niner fans were watching. If they were unaware of Prescott's past success, he might've reminded them of Niner quarterbacks over the past couple of years, all of which emphasizes an important fact: quarterbacks with little or no time to throw seldom experience a lot of success. It also helps when they aren't the only weapon; a talented running back helps quite a bit too. In order for quarterbacks to succeed, not only do they need to be talented, they need to be surrounded by talent. While the Niners need a talented quarterback to lead them out of the abyss created by former GM Trent Baalke and current CEO Jed York ("Win With Class? The 49ers Can't Even Lose With Class"), they need much, much more than that. But now that Baalke is gone, they may have a chance (as long as York keeps his nose out of things).
Posted by Sean F. Everton at 5:05 PM No comments: 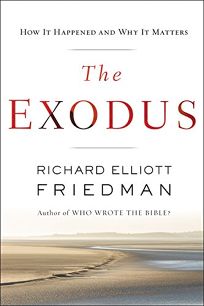 Beginning in the 1990s, a series of books, sermons, and articles called into question the story of the Exodus as it appears in the Bible. For example, in 1998 S. David Sperling, a professor at Hebrew Union College in New York, wrote in his book, The Original Torah, that the Exodus did not happen. "The evidence," he concluded, was decisive. "The traditions of servitude in Egypt, the tales of wandering in the desert, and the stories of the conquest of the promised land appear to be fictitious." Similarly, in 2001, David Wolpe, a Conservative Rabbi, preached a Passover sermon that called into question the Exodus's historicity. He noted "that virtually every modern archeologist who has investigated the story of the Exodus, with very few exceptions, agrees that the way the Bible describes the Exodus is not the way it happened, if it happened at all." Also in 2001, Israel Finkelstein and Neil Silberman, in their popular and controversial book, The Bible Unearthed, concluded that "one can hardly accept the idea of a flight of a large group of slaves from Egypt."

As others have pointed out, however, just because there is little to no evidence that supports the Exodus story as the Bible tells it, that doesn't mean that some sort of exodus didn't happen. In fact, in his recently published book, The Exodus: How It Happened and What It Means, Richard Elliott Friedman argues that a considerable amount of evidence exists which suggests that that an Exodus did occur, albeit on a much smaller scale than the Bible says it did. In particular, he contends that a small group of individuals, later known as the Levites, left Egypt, settled in Canaan, joined with the other Israelite tribes, and eventually became their priests. And along the way, their God, Yahweh, became Israel's God, and their story of how they fled Egypt and settled in Canaan, became Israel's story.

While this may strike some as odd, as I have noted in previous posts ("Thanksgiving and American Civil Religion"), it is similar to how the story of the first Thanksgiving became a story embraced by most Americans although few actually descend from the Pilgrims:


In many ways, Thanksgiving is... the American Exodus story. Just like the ancient Israelites, many of whom probably didn't descend from the families that had fled from Pharaoh's wrath but later affiliated with those who did, most Americans don't descend from the Pilgrims. However, just as the Exodus story became the story for all who chose to worship Yahweh, the Thanksgiving story has become the story for most Americans. On the 4th Thursday of every November, most of us sit down with family and friends and either implicitly and explicitly recall the Thanksgiving story.

And like the biblical story of the Exodus, the American Thanksgiving story contains a number of fictitious elements. Nevertheless, retelling it can help us, if only for awhile, transcend our differences as we recall a story of sharing, celebration, and the welcoming of strangers to our table. And given the current political climate, that strikes me as a good thing.
Posted by Sean F. Everton at 12:08 AM No comments: 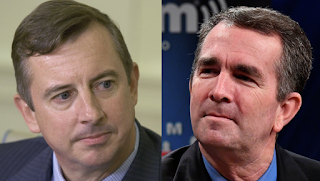 A year ago, a lot of left-leaning voters expressed their anger at statistician Nate Silver because his FiveThirtyEight election model gave Donald Trump "only" a 30% chance of winning. They assumed that someone with only a 30% chance of winning really had no chance of winning. Such a belief, however, reflects the fact that most of us aren't trained to think probabilistically. However, as I noted back then, a 30% chance is actually pretty high ("Don't Blame Nate Silver"). One way to cultivate just how high a 30% chance is, is to have you imagine a scenario in which bullets are placed in two of a revolver's six chambers. How many of you would be willing to spin the revolver's cylinder, place the gun to your temple, and pull the trigger? My guess is not too many even though there's "only" a 33% chance that you'll put a bullet through your head.

Unlike most of us, however, Silver does think in probabilistic terms. In fact, he repeatedly cautioned readers about overconfidence, noting that Clinton's leads in the battleground states were slim and within the range of sampling error, which meant that if the polls were slightly overestimating Clinton's support, the election could break in Trump's favor. Which, of course, is exactly what happened. But many people still blamed Nate Silver.

Silver wasn't the only one who was criticized. Polling agencies were too. However, the 2016 polls weren't too far off. Their average predicted margin of a Clinton popular vote victory was a little over 3.0%, which was only 1.0% higher than her actual (popular vote) victory of 2.1%. For a presidential election, 1.0% miss is remarkably close. In fact, the 2016 polls outperformed the 2012 polls. However, few noticed (or cared) because in 2012 the polls underestimated the Democrat candidate's popular vote share, while in 2016 they overestimated it.

Interestingly, last night in Virginia's gubernatorial election the polls performed worse than the National polls did in the 2016 presidential election. They had Democrat Ralph Northam winning by approximately 3%, but in the end he won by almost 9%. However, hardly anyone has complained (or noticed), and as far as I can tell, no one has blamed Nate Silver (one of the few who has noticed).
Posted by Sean F. Everton at 11:15 PM No comments: