Should the Giants Be Buyers or Sellers? 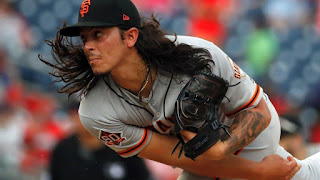 They definitely shouldn't be buyers, and they might consider being sellers (for the right price), not because I think they should give up reaching the playoffs this year, but because so many of their younger players (Austin Slater, Alen Hanson, Steven Duggar, Andrew Suárez, and Dereck Rodríguez) are playing so well. The Giants have been forced to use these guys because of the numerous injuries they've had this year. But, instead of dragging the team down, they've helped keep the team afloat. As a result, not only are the Giants much "younger" than they were at the beginning of the season, they are also a lot faster ("Steven Duggar and Alen Hanson have really made a difference in team speed").

That's why I'd be inclined not to waste giving up young talent to acquire a player who may help them reach the playoffs (does anyone remember when the Giants traded for Carlos Beltran?). Instead, I'd roll the dice with their young talent and see if they can help the veterans on the team (Posey, Crawford, Belt, Panik, Hernandez, Sandoval, McCutcheon, Bumgarner, Holland) bring home the pennant (or at least reach a playoff spot). They may want to consider seeing what they can get for Mark Melancon and Hunter Strickland; the Giants' don't really need them given the emergence of Tony Watson and Will Smith. And they also might want to shop Evan Longoria but only give him up for a very good price.

The upside of such a strategy is that they will have a decent (not great) shot at reaching the playoffs this year, and they'll be well-positioned to make a run next year (and several years after that). And that strikes me (as a Giants fan) as a good thing.
Posted by Sean F. Everton at 6:52 AM No comments: 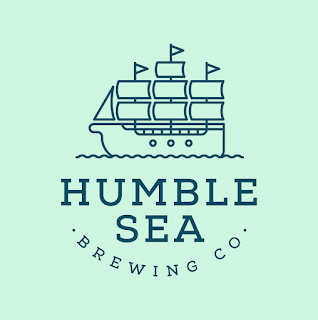 Continuing my compilation of the Bay Area's best breweries ("The South Bay's Best Craft Breweries","The North Bay's Best Breweries"), here I present the rankings of craft breweries located in the "Outer Bay" (i.e., from Santa Cruz to Monterey). As before, the rankings are based on Untappd scores, which is probably the most popular app for rating a craft beers. It's not a perfect approach since successful breweries are more likely to experiment, which increases the probability that they'll brew a bad beer. And, the rankings are constantly in flux. Nevertheless, Untappd's ratings are probably the best available, so here are the rankings of the Outer Bay's craft breweries:

I have yet to visit Sante Adairius, but good friends assure me that it's a great place, one that offers a wide array of craft beers. It's rating is exceptionally high -- in fact, it's one of the highest in the country. Alvarado Street in Monterey and Humble Sea in Santa Cruz are two of my favorites. Alvarado Street also has an excellent restaurant, as well as a beer garden out back. Humble Sea is located not too far from Natural Bridges State Beach and around the corner from Santa Cruz Mountain Brewing. Boulder Creek used to be a favorite, one that our family patronized annually after cutting down our Christmas tree at a nearby farm; however, it closed after a fire, and I don't think it ever reopened. New Bohemia differs from most of the other breweries in the Outer Bay in that it offers German style lagers. East Cliff Brewing is somewhat unique in that half of its beers are traditional English Ales, while the other half are "traditional" American craft brews. I've never been too wild about Seabright Brewery's beers, but its location is excellent. Enjoy!

Note: Those interested in starting a craft brewery will probably enjoy "An Inside Look at Humble Sea Brewing," which includes videos, interviews, and so on.
Posted by Sean F. Everton at 2:30 PM No comments: 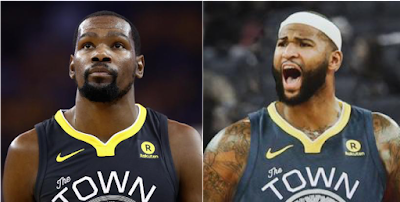 Recently, the New England Patriots' SB Nation column "Pats Pulpit" posted a satirical article entitled, "Tom Brady opts out of contract with Patriots, will sign with Golden State Warriors." I guess that pretty much captures how much of the sports world views the Golden State Warriors. It seems that everyone everyone wants to sign with the Warriors, and people are apparently getting upset. For instance, a few days after the L.A. Lakers announced that LeBron James would join them for the 2018-19 season, the Warriors signed 4-time All-Star, DeMarcus Cousins, for not a whole lot of money (at least in NBA terms). And, of course, it was just two years ago (on July 4th) when the Warriors convinced Kevin Durant to leave the Oklahoma City Thunder to join them in Oakland.

I sorta get why people (i.e., non-Warriors fans) are a little upset. Sorta. For most of my life the NBA's best players either wanted and ended up playing for the Lakers or the Celtics. Since 1958 (when I was born), either the Celtics and/or the Lakers have reached the NBA finals 42 times, winning the championship 27 times (I didn't count the Celtics trip to the final in 1958 since I hadn't been born yet). Thus, while I get why people are a bit put out that top NBA players want to play for the Warriors, I don't remember them getting upset when they wanted to play for Boston or LA. I'm not sure why that is (or was), but it is what it is (or was), and I suspect that someday LA and Boston will once again become the destination of choice ("Go West, Big Man: The Logo on LeBron James and the Allure of Los Angeles"). But until then, non-Warriors fans will have to forgive me and others ("Save your outrage, Warriors haters") for not feeling (too much of) your pain, and why we plan to enjoy the Warriors' run while it lasts.
Posted by Sean F. Everton at 9:09 PM No comments: