Ideas Matter (Why Do So Many Christians Support Trump?, Part V) 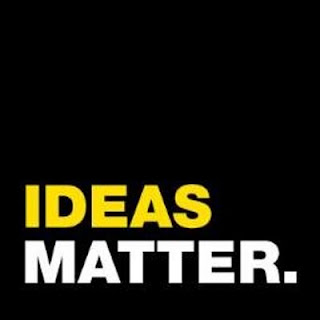 In 2000, the sociologist Rodney Stark penned an essay criticizing social scientists of religion for attempting to reduce explanations of religious behavior to material causes (Religious Effects: In Praise of "Idealistic Humbug"):

Although social scientists involved in most other areas of study have long acknowledged the truism that, if people define somethingas real, it can have real consequences, this usually has been denied in the areaof religion. Instead, there has been a general willingness to agree with Karl Marx that any attempt to explain 'reality' by reference to an 'unreality' such as religion is "idealistic humbug..." (p. 289)

He goes on to point out several historical cases where religious ideas did matter. Take, for example, the abolitionist movement where religious leaders and groups such as Lyman Beecher (whose daughter wrote Uncle Tom's Cabin), Charles Grandison Finney (who turned Oberlin College into a center of the movement and a key underground railroad station), and the Quakers (who founded the Abolition Society in 1787).
Nevertheless, "social scientists have been able to see through these righteous 'poses' and to reveal that, far from reflecting moral commitment, abolitionism was but disguised "economic self interest" (p. 292). He notes that some scholars have argued, for instance, that the Quakers opposed slavery because they "were in the vanguard of the industrial revolution," and slavery "had become an impediment to the further development of capitalism" (p. 292).
Stark believes that such arguments are nonsensical. He's the first to admit that material conditions do impact human behavior, but he also believes that ideas have consequences. I agree.
Stark's point is helpful to keep in mind when trying to understand why so many theologically-conservative Christians voted for Donald Trump in 2016 and 2020. I've already explored a couple of "material" explanations, such as the "rural-urban" and the "economic" divides, but beliefs also play a role. One reason why so many white Christians support Trump is because he told them he would promote policies near and dear to their hearts, such as banning or limiting abortion, embracing religious freedom, and advocating Christian values in the public square. Many theologically-conservative Christians really do believe that life begins at conception, that their religious beliefs are being trampled on, and that America is in moral decline. And that all of this has contributed to America no longer being "great." R.R. Reno, editor of First Things, reflects this perspective nicely:

Legalizing marijuana and prostitution are part of the overarching policy of moral deregulation that our establishment has endorsed for the last two generations: no-fault divorce, the abortion license, lifting taboos against homosexuality, normalizing pornography, blurring distinctions between men and women, and more. The fact that our leaders should endorse moral deregulation in the face of 80,000 drug overdose deaths a year, declining marriage rates and rising illegitimacy rates, a broken male-female dance, increases in anomie, isolation, and suicide is astounding (First Things, June/July 2021, p. 70)

So, when Trump told evangelicals that they "would have power," he wasn't simply telling them that with him in the White House they would enjoy a level of political clout they hadn't in years, but he was also signaling that their values would no longer be ignored:

To be clear: material factors have clearly played a role. But so have beliefs. So have ideas. Perhaps, one of the more intriguing arguments comes from the historian (and evangelical) Kristin Kobes Du Mez (Jesus and John Wayne), who argues that white evangelicals have long been primed to support someone like Trump who embodied a “rugged, aggressive, militant masculinity” and embraced “patriarchal authority, gender difference, and Christian nationalism” (pp. 6-7). Ronald Reagan fit this mold to an extent, but it is Donald Trump who has become their high priest. In spite of his personal moral failings, Trump is seen as the only one who can truly restore America to its former greatness. And that is reason enough to cast their votes for him.
Posted by Sean F. Everton at 11:37 AM No comments: