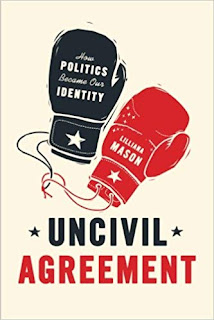 In 1954 Muzafer and Carolyn Sherif, along with several colleagues, conducted an experiment at Robbers Cave State Park in Oklahoma (Sherif et al. 1988). They invited 22 fifth-grade boys (all of whom were strangers) to take part in a three-week summer camp. The researchers divided the boys into two separate, 11-person groups, and during the first week of the experiment the groups worked independently of one another in a series of team-building exercises designed to create group solidarity and were unaware of the other group's existence. In the second week, the groups were brought together for a five-day tournament where the winning team received medals and pocket knives (that wouldn’t happen anymore). The groups took on names (Eagles and Rattlers), created flags, and once the competition began, they engaged in trash-talking, name calling (e.g., “dirty shirts”), burning the other group’s flag, raiding the other team’s cabin, and so on. When they began to collect rocks to use in combat, the researchers sent them back to their separate camps in order to “avoid possible injury” (Sherif et al. 1988:115).


In the 1960s the social psychologist Henri Tajfel and his colleagues (Tajfel 1970; Tajfel et al. 1971; Tajfel and Turner 1982) drew upon the insights of the Robbers Cave experiment in order to conduct a series of experiments in order to explain group discrimination. Their basic premise was that intergroup conflict gives rise to discrimination between groups. The first experiment involved 64 boys, 14-15 years old. All of them knew one another well before the experiment. The boys were told that the psychologists were interested in the study of visual judgement and were then shown a number of dots on a screen and asked to estimate how many. In one condition, they were told they were either an overestimator or underestimator; in another, they were told they were highly accurate or poorly accurate. In reality, however, they were randomly “assigned” to their subgroup. Moreover, they had no idea who else was part of their subgroup or the other group. The boys were then asked to allocate money to the other boys in the experiment (but not to themselves). Although they did not know the identity of the boys to whom they could give money, they did know whether the boys were members of their group or not.

The researchers considered this to be a baseline experiment and did not expect it to generate intergroup discrimination, but a large majority of the boys awarded more money to members of their own group than to members of the other group. A second experiment where a different group of boys were sorted based on their (supposed) preference for paintings by either Paul Klee or Wassily Kandinsky yielded similar results. In fact, in this experiment, the boys had the opportunity to maximize the joint profit of both groups, but they still awarded more money to members of their own group. And finally, in a third experiment, where the subjects were explicitly told they were being randomly being sorted into groups because it was “easier,” intergroup bias still appeared.

These and subsequent experiments have given rise to social identity theory, which argues that people derive their sense of self-esteem from both their personal accomplishments and the accomplishments of the groups to which they belong. However, because part of our sense of self-worth is tied up in how our own groups compare to other (relevant) groups, we tend to view other groups as inferior to ours, which leads us to prefer ingroup over outgroup members, which led Tajfel and his colleagues to observe that “winning,” rather than fairness or maximizing profit, seems to matter most. And this is true for even minimal group identity.


These respondents were not fighting for tangible self-interest, the money they allocated went to other people, not themselves. They simply felt psychologically motivated to privilege members of their own imaginary and ephemeral group—a group of people they had never met and would never meet, and whose existence they had only learned of minutes earlier. People react powerfully when they worry about a group losing status, even when the group is “minimal.” (Mason 2018:11)

Imagine what these experiments mean for maximal group identity, that is, groups where we intimately know one another and probably have for years. Many researchers have imagined such scenarios, of course. For example, Marc Sageman (2017) has drawn on social identity theory to explain terrorism, arguing that people engage in political violence not for personal reasons but for group reasons. More recently, the political scientist Lilliana Mason (quoted above) uses it to explain the polarization that characterizes so much of politics in the United States today.


We, as modern Americans, probably like to think of ourselves as more sophisticated and tolerant than a group of fifth-grade boys from 1954. In many ways, of course, we are. But the Rattlers and the Eagles have a lot more in common with today’s Democrats and Republicans than we would like to believe… As American partisan and ideological identities have grown more sorted, partisans have grown more intolerant of their political opponents… [They] now have more to fight for, not in terms of the trophy itself, but in terms of their own commitment to the group and the stakes of losing. These stakes include the potential sense of humiliation in seeing your group be the loser. As multiple groups line up behind one party or the other, they all win or lose together. The humiliation of loss is amplified. Victory, then, becomes more important than policy outcomes. Even when both sides hold the same policy position, the priority is often to make sure the “dirty shirts” don’t win. (Mason 2018:2, 22-23)

To be clear, Mason doesn’t target one political party or another (although I’m sure some will read her book that way). In her eyes (and in the empirical data she presents) both parties are guilty of placing “winning” above what might be good for the country. Although reducing polarization is not easy, in the final chapter of her book, she does offer a few strategies that could possibly “fix” the situation. In a later post, I'll explore some of these. For now, it is suffice to say that apart from the emergence of a goal that transcends the goals of our respective groups, it's unlikely that the current polarizing situation will change any time soon.

Republicans Have a Decent Shot at Holding on to the House 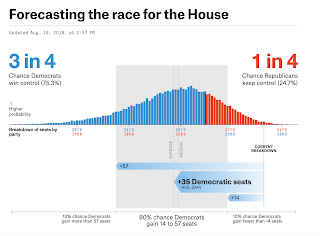 A couple of years ago when I was sitting in church I noticed that according to my phone's weather app, there was a 30% chance that it would rain that afternoon. We tend not to think of 30% as a lot, but imagine that you have a six-shooter, and you place bullets in two of the six chambers. After spinning it, how many of you would be willing to place the gun to your head and pull the trigger? I suspect not too many even though there's ONLY a 33% chance that you'll "lose," so to speak. It did rain that afternoon, by the way.

Thinking probabilistically is not one of our strong points, however. If we see that an event has a 60% chance of happening, most of us automatically assume there's a 100% chance it will happen. That's not what a 60% chance means, though. What it means is that given the current conditions (related to whatever event you're considering), 60% of the time the event will occur. However, it also means that 40% of the time it won't.

So now consider FiveThirtyEight's model predicting how Republicans and Democrats will do in the November election (Forecasting the House Race). Currently (August 19th), it predicts that Democrats have (approximately) between a 70 and 75 percent chance of gaining control of the house. Put somewhat differently, Republicans have between a 25 and 30 percent chance of retaining control of the House, a probability that is in line with the 25 to 30 percent chance similar models gave Donald Trump of winning the presidency back in 2016. In other words, although the current conditions favor Democrats gaining control, it won't take much for things to shift so that Republicans hold on (and President Trump will be safe, at least for a couple of years, from being impeached). Thus, Democrats shouldn't become complacent (not that they would after 2016, but you never know), and Republicans shouldn't abandon hope (not that they should after 2016); maybe there will be that "Red Wave" that Fox News keeps talking about.

It should be an interesting two and a half months. 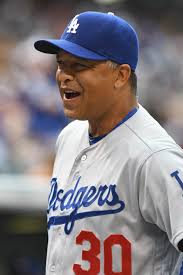 Good grief, I hate the idea that MLB teams fell the need to turn to their closers in the 9th, regardless of how well their starters are throwing. I've complained about this on numerous occasions  ("Let Starters Finish!", "Not to Beat a Dead Horse", "The Closer Temptation is Hard to Resist", "MLB's Ridiculous Obsession with Closers", "Not Everyone Can Throw Like Mariano Rivera"), but it's getting ridiculous. It used to be that if someone was pitching great, you'd let them finish the game. Not any more. Complete games are almost a thing of the past, and sometimes it costs teams games.

Like tonight. Tonight, the Dodgers, behind the pitching of Clayton Kershaw, led the Giants 2-1 after 8 innings. Dodgers' manager Dave Roberts could've sent Kershaw out to pitch the 9th, but he didn't, and the Dodgers' relievers gave up 4 runs and the Giants won 5-2. To be sure, Kershaw had thrown 110 pitches, but let's get real. As long as someone's arm is getting adequate rest, 110 pitches just aren't that many. When I played Little League, I threw more than 100 pitches a game, but I only threw once a week and didn't pitch from August to March, which is why I never had arm problems.

Of course you can't compare Kershaw to me (although I had a pretty wicked knuckleball in Little League), but it wasn't that long ago when MLB pitchers regularly threw between 100 and 150 pitches a game (as long as they were effective). In fact, in 1963, in what has been called the greatest game ever pitched, both Juan Marichal (who was 25 at the time) and Warren Spahn (who was 42!) threw 15+ innings before the Giants finally won it in the 16th inning on a Willie Mays home run. In the game, Marichal threw 227 pitches, and Spahn threw 201. To the best of my knowledge, Marichal and Spahn never had arm problems, but I think it's unlikely that you'll ever see anyone throw that many pitches in a major league game again.

Not that I'm complaining (i.e., about Roberts's decision to pull Kershaw). As one of my high school classmates recently remarked, there are few sweeter words for Giants fans than, "Dodgers lose." May it always be so.
Posted by Sean F. Everton at 11:23 PM No comments: