There Will Almost Certainly Be Upsets 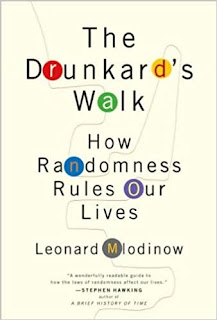 It is a truism that once the playoffs begin, there will be upsets. But this year's baseball playoffs could have a lot since the first round is only a best out of 3. As I've noted previously (and is detailed in Leonard Mlodino's book, "The Drunkard's Walk"), even a 7-game series isn't long enough to guarantee that the best team will win. For instance, if one team is expected beat the other 55 percent of the time, the weaker team will still win a 7-game series about 4 times out of 10.
Or, if one team is expected to beat another team, on average, 2/3 of the time, the other team will still win a 7-game series about 20 percent of the time. In fact, in this latter case, teams would have to play a series consisting of at least 23 games to guarantee that the best team will win. And in the case of one team having "only" a 55–45 edge, the shortest series that would guarantee that the best team won would be 269 games.
That's why the probability that some of the best teams won't survive the first round of this year's MLB playoffs is pretty high. That's why, there will almost certainly be upsets.
Posted by Sean F. Everton at 4:54 PM No comments: