Why a Free and Adversarial Press is a Good Thing 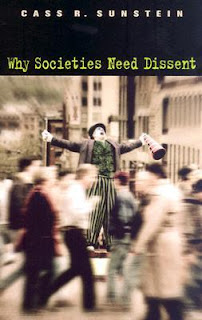 In the book of Job, the member of God's court who challenges God concerning Job's righteousness is called "the satan" ("ha-satan" in Hebrew), which has traditionally been translated, "Satan" (with a capital "S"), but is more correctly translated, "the adversary" or "the accuser." His role is somewhat analogous to what we often call a "devil's advocate," that is, someone who challenges the status quo, the accepted wisdom, what the majority takes for granted.

Researchers have found that devil's advocates provide numerous benefits, the primary one being that they prevent "group-think." Cass Sunstein ("Why Societies Need Dissent"), for instance, has shown that juries are more likely to reach reasonable decisions, social investment clubs are more profitable, and religious groups are less likely to radicalize if they include members who are unafraid to (and not prevented from) embrace a minority position. I recently drew on Sunstein's theory in order to explain the radicalization of the Hamburg Cell, the members of which played a major role in 9/11 ("Social Networks and Religious Violence").

All of this came to mind when some have wondered why Senator John McCain thinks that a free press is a good thing, even if it is sometimes an adversarial press. I don't know whether McCain has read Sunstein (or perhaps me?), but I suspect that he intuitively knows (as did the framers of the U.S. Constitution) that a healthy democracy is one that not only permits dissent but encourages it. Democracies need individuals and institutions that challenge the accepted wisdom for the simple fact that the accepted wisdom is sometimes dead wrong. What they say or write may upset us, and their critiques may turn out to be incorrect (they often are), but we still need such critiques, at least if we still want to live in a democracy, which is why (as McCain pointed out) the press is often one of the first things that authoritarian governments target.
Posted by Sean F. Everton at 8:58 PM No comments: 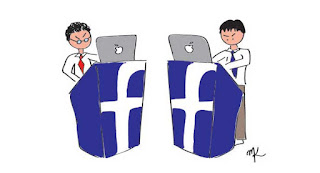 Some folks have noticed that other than emoticons and minor clarifications I seldom respond to comments to items I've posted on Facebook. That's because I refuse to engage in debates on Facebook (or other forms of social media) over political and social issues (I am inclined to debate the merits of different IPAs, however). I've learned the hard way that such debates seldom settle anything, are usually counterproductive, and as such are a colossal waste of time. Basically, my approach to interacting on Facebook is as follows: 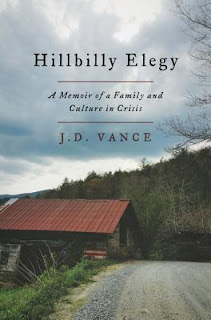 Donald Trump's election will almost certainly prove to be a boon for social science PhD candidates, who otherwise would've been scrambling for a dissertation topic. No doubt, each will offer their take on why Trump managed to appeal to a broad sector of the electorate. A handful of explanations have already been put forth, such as a recent essay in the Harvard Political Review on the "Alabamafication of America" and a rediscovered lecture/essay from 1988 by the late Stanford philosopher, Richard Rorty, but I think future dissertations will need to tackle (or at least should tackle) the portrait of Appalachian working class whites painted by J.D. Vance in his instant classic, Hillbilly Elegy. Trump is not mentioned once in Vance's book, but Vance's description of growing up poor in Ohio and Kentucky helps one get a handle on the alienation that much of the working class feels towards the political establishment.


Most folks who read the book presume that Vance is a liberal. He is, after all, an Ivy League (Yale) trained attorney working for an investment firm in San Francisco, and the bulk of the book focuses on the causes and consequences of poverty. Vance, however, is a conservative. Reflecting on this presumption shortly after speaking at a gathering in New York, Vance remarked in an interview with the Washington Post, "It’s very interesting, right? It seems to me an indictment of the Republican Party that if you talk about issues of poverty and upward mobility, people assume you’re a Democrat.” Vance is not a Trump fan, though, and did not vote for him in the election. He believes that Trump "ran an angry, very adversarial campaign that in tone matched the frustrations of the people I wrote about. He certainly ran a pretty cynical campaign, and got a lot of votes from people who are feeling cynical about the future."

It seems to me that for whatever reason (or rather reasons -- seldom can you reduce any phenomenon to a single factor), the Democratic party has lost touch with its working class base. I'm not sure what it needs to do to recapture it, but reading Hillbilly Elegy is probably as good a place to start as any.
Posted by Sean F. Everton at 5:37 PM No comments: 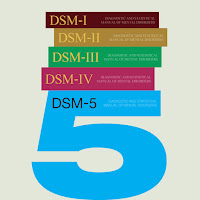 DSM 5 refers to Diagnostic and Statistical Manual of Mental Disorders, which is the 5th edition of the American Psychiatric Association's classification and diagnostic tool that was published in 2013 (it is essentially unchanged from DSM IV, which was published in 1994). It notes that a narcissistic personality disorder is a (1) pervasive pattern of grandiosity (in fantasy or behavior), (2) a need for admiration, and (3) a lack of empathy. People who "suffer" from it display five or more of the following symptoms:

Sound like anyone you know?
Posted by Sean F. Everton at 9:04 PM No comments: