Below is a video of Bernie Sanders speaking at Liberty University, which was founded by Jerry Falwell and whose current President is Falwell's son. Sanders is the anti-Trump. In fact, he's the anti-politician. Instead of insulting his opponents, he engages them. Instead of making fun of their beliefs, he seeks common ground. As one of my colleagues wrote,


He practices what he preaches. He believes that those who disagree on key matters can still have civil and constructive discourse over important issues and find some common ground. He's never once played a negative attack ad in his political career. He's not interested in ad hominem insults and bickering for the base... You may disagree with him. Fair enough. But he's at least trying to have a constructive conversation.


P.S.: Hat's off to Liberty University for inviting Sanders in the first place.
Posted by Sean F. Everton at 11:24 PM No comments: 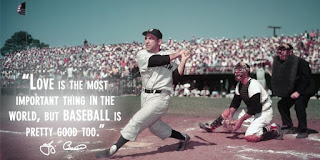 Whither Cecil the Lion? 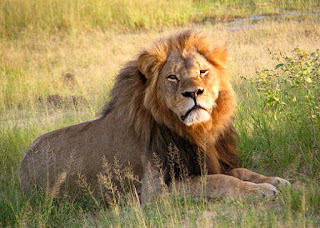 When Cecil the lion was shot by Walter Palmer, an American dentist, back in July, there was a huge outcry. It "drew international media attention and sparked outrage among animal conservationists, politicians and celebrities, as well as a strong negative response against Palmer" (Wikipedia). Cecil lived primarily in Zimbabwe's Hwange National Park where he was a major attraction at the park. He was also being studied and tracked by researchers at the University of Oxford.

As reported in the New York Times and the Christian Century, Goodwill Nzou, a doctoral student at Wake Forest who is from Zimbabwe, is somewhat dismayed with the reaction, however. He wonders why people seem to care more for the well-being of African animals (or at least of one African animal) more than they do for the well-being of African people? He may have a point.

How Will the Niners Do This Year? 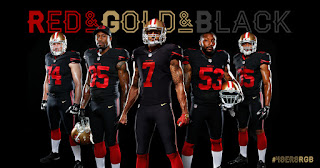 In two previous posts I speculated on how the Niners would do in the upcoming season. In the first ("Regression to the Mean and the 49ers' Next Coach") I argued that for a variety of reasons (fewer injuries, regression to the mean) they would almost certainly do better in 2015 than in 2014. In the second ("Will the Niners Implode in 2015") I speculated that 2015 could be a very long year because they had lost so many players, either through free agency or retirement. One couldn't help but think that mass exodus reflected some players' unhappiness with how Niner management pushed out Jim Harbaugh.

Recently, FiveThirtyEight released its projected wins for each NFL team, and it projected that the Niners would finish last in their division (granted one of the toughest divisions in football) with 6.6 wins and a probability making the playoffs of 12.4% ("2015 NFL Preview: Everything You Need To Know About The Seahawks, Cardinals, Rams And 49ers"). FiveThirtyEight has a fairly decent track record in this regard. Using a similar approach it correctly projected that the Golden State Warriors would lead the NBA in wins and had the highest probability of winning the championship. Thus, we should take its rankings seriously.

Of course, key injuries to the Niners or other teams in their division could dramatically shift the odds, but the 6.6 wins and 12.4% playoff probability can serve as a benchmark by how we can judge the quality of Niner coaching. In other words, if the Niners finish with 6 or 7 wins, then the coaches didn't do any worse or better than what would have been expected with the talent they had to work with. However, if they win 10 games or more, then Coach Tomsula should be seriously considered for coach of the year. Conversely, if they only win 2 or 3 games, then the Niners may be in need of another coach (but I doubt that either Jed York or Trent Baalke would admit they made a mistake after one year).
Posted by Sean F. Everton at 7:54 AM No comments:

Why the Giants Shouldn't Panik 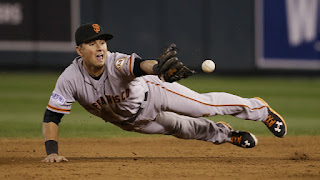 A couple years ago I wrote that although the Giants were floundering, they shouldn't panic ("Why the Giants Shouldn't Panic"). Their travails were largely a function of injuries, in particular an injury to Angel Pagan, which kept him out for most of the second half of the season. I argued that if they stayed relatively healthy the next season, things should work out.

This season has been similar. The Giants have been decimated by injuries, in particular those to the pitching staff (4 of 5 starters ended up on the DL (disabled list) for a good part of the season) and to position players such as Hunter Pence and Joe Panik (Pence missed over half of the season, and Panik missed 34 games between August 1st and September 6th). Other starters that have spent time on the disabled list include Angel Pagan, Nori Aoki, Andrew Susac, Hector Sanchez, and Gregor Blanco. The Giants have had a hard time staying healthy this season. That's why they probably won't make the playoffs, not because they're lacking in talent, and why they shouldn't panik.

The upside is that because of the injuries, they've been able to cultivate a lot of new talent that should pay dividends in the future. Matt Duffy has shined at 3rd base and is in the running for Rookie of the Year (Pablo Who?), Chris Heston has shown promise as a staring pitcher (he threw a no-hitter this year), and Kelby Tomlinson (aka, Clark Kent) has a good chance of becoming a regular next year -- probably not at 2nd base (assuming Joe Panik is healthy), but as a utility infielder/outfielder. Even Gregor Blanco appears to have come into his own, which may prove key if Angel Pagan continues to struggle with injuries.

That doesn't mean the Giants should do nothing in the offseason. Although they have a two or three top pitching prospects in their minor league system, they still need to bolster their pitching staff. Lincecum may be done as a Giant (although he's enticing as a reliever), Tim Hudson is retiring, and it's hard to know if Matt Cain will make it back. Thus, they should try to hold on to Mike Leake and pick up at least one more starting pitcher. Jake Peavey can give them 5-6 good innings, but that's what you want from a 4th or 5th starter, not your number two or three. With luck Cain will rediscover his old magic or at least some of it, and who knows maybe the Giants will make another deep run into the playoffs in 2016. It will be an even year, after all.
Posted by Sean F. Everton at 7:31 AM No comments:

The Baseball Playoffs Need to Change 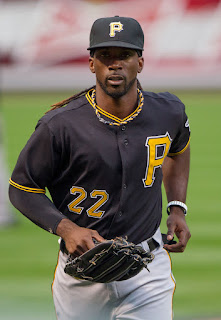 If the playoffs were to start today, the Dodgers, Cardinals, and Mets would qualify as division winners, and the Pirates and Cubs would qualify as wild cards. However, as any regular observer of baseball knows, the best two teams in the National League during the regular season this year have been the Cardinals and Pirates. They should be the teams that get a bye during the first round, but because the Pirates are in the same division as the Cardinals, they will have to play in the single-game playoff against the Cubs, and it would be a shame if they were knocked out of the hunt for a World Series ring by a single loss. In fact, it would be a shame if the Cubs were eliminated after a single game. They have a better record than the Dodgers or Mets.

In short, the playoffs need to be restructured. At a minimum the wild card needs to be extended to at least a best-of-three series AND the teams need to be seeded based on their regular season record. It would be even better if the wild card playoff was a best-of-five series and the remaining the playoffs a best-of-seven. However, as I noted a couple of years ago ("Why the MLB Wildcard Playoff is Unfair") this would probably require a shortening of the regular season from 162 to 154 games.

Update: On September 8, 2015, the NBA voted to change its playoff rules so that seeding in the playoffs is based solely on regular season record. If a team wins their division, they qualify for the playoffs. However, if their record is worse than all the wild card teams, they will be seeded last. If the NBA can do it, so can MLB.
Posted by Sean F. Everton at 12:02 PM No comments: