The Giants and Giants fans would like to thank... 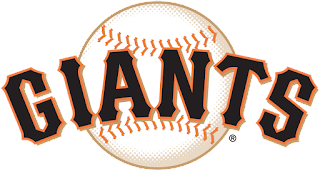 The Giants and Giants fans would like to thank...

...the Philadelphia Phillies and their fans for blaming Gabe Kapler for their woes. The Phillies win % under Kapler was .497; under his successor, Joe Girardi? .497. You might have noticed that the Giants won 107 games this season.
...the so-called experts who prematurely declared the Padres and Dodgers to be the new rivalry in the West. Rivalry? To quote Inigo Montoya, "I don't think that word means what you think it means." Did you happen to watch the playoff between the Dodgers and Giants? Now, that's a rivalry. I know I was put off by this declaration; I can't imagine what kind of motivation it provided to players like Posey, Crawford, and Belt.
...and finally, the Dodgers. Thanks for "panicking" when the Giants kept winning and mortgaging a good chunk of your future by trading several top prospects for Max Scherzer and Trea Turner. And although both Scherzer and Turner played well during the regular season, neither had memorable playoffs. By contrast, the Giants didn't give up much to acquire Kris Bryant. And while it was a bitter pill to swallow when the Dodgers beat the Giants in the NLDS, by winning the West, the Giants did deny the Dodgers home field advantage in the playoffs, which probably cost them in their series against the Braves. So, to paraphrase Carl Spackler, we got that going for us, which is nice.
Posted by Sean F. Everton at 12:36 PM No comments: