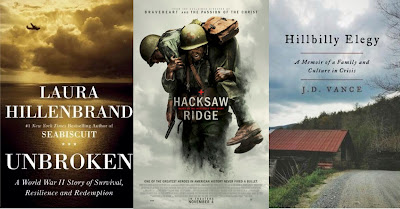 Not long ago ("Don't Mock Working Class Religion"), I urged folks, in particular those on the political left, to refrain from mocking the conservative religious beliefs of working class women and men. In doing so, I didn't argue that they couldn't be critical of them, but that's different from mocking them. In order to critically engage others about what they believe, you first have to respect them, which means that at the outset you can't think that you're smarter or more sophisticated than they are. If you do, then no matter what you may tell yourself, it's impossible to truly respect them.

It is just as important to recognize that although some of the beliefs embraced by theological conservatives are problematic, there is no reason to throw the baby out with the bathwater. Or, to put it differently, there are some aspects of theological conservatism that are redemptive, that actually improve the lives of individuals. For instance, there is considerable evidence that Pentecostal churches have helped improve the lives of thousands in South America; by demanding that members (in particular, male members) stop drinking and put in a full days work in their jobs, family incomes have risen substantially and spousal (and child) abuse have dropped dramatically. Similar effects have been witnessed in the U.S. as well. Consider, for instance, the following examples:

1. The book, Unbroken: A World War II Story of Survival, Resilience, and Redemption, tells the true story of Louis Zamperini's journey from juvenile delinquent to track star to prison of war. As the book (but not the movie) makes abundantly clear, after he returned from the war, Louis's life slowly spiraled downwards. To forget his tormentors (one in particular), he drank increasingly, waking up at home sometimes without knowing where he left his car. And his marriage deteriorated to such an extent that his wife announced that she planned to divorce him. However, Louis turned his life around, and it was a Billy Graham Crusade that did it. Louis stopped drinking, smoking, and spent the rest of his life preaching the virtue of forgiveness. In fact, he returned to Japan in order to meet with and forgive his captors (one--the "Bird"--refused to do so).

2. The movie, Hacksaw Ridge, tells the true story of Desmond Doss, who as a combat medic refused to carry or use a firearm or weapons of any kind. He became the first conscientious objector to be awarded the Medal of Honor, for service above and beyond the call of duty during the Battle of Okinawa. In particular, during the battle, he saved the lives of 75 wounded infantrymen atop the area known as Hacksaw Ridge. It will come as a surprise to some that Doss's pacifism was rooted in his Seventh-Day Adventist beliefs, beliefs which most observers of religion would consider to be "theologically conservative."

3. In his NY Times best seller, Hillbilly Elegy: A Memoir of a Family and Culture in Crisis, J. D. Vance recounts his experience of growing up poor in Appalachia (in Ohio and Kentucky). In it, he notes the important role that the church can/could play in the revival of the area. "Regular church attendees commit fewer crimes, are in better health, live longer, make more money, drop out of high school less frequently, and finish college more frequently than those who don’t attend church at all… It’s not just that people who happen to live successful lives also go to church; it’s that church seems to promote good habits” (p. 92). According to Vance, the


church offered something desperately needed by people like me. For alcoholics, it gave them a community of support and a sense that they weren’t fighting addiction alone. For expectant mothers, it offered a free home with job training and parenting classes. When someone needed a job, church friends could either provide one or make introductions. When Dad faced financial troubles, his church banded together and purchased a used car for the family. In the broken world I saw around me—and for the people struggling in that world—religion offered tangible assistance to keep the faithful on track. (pp. 93-94)

Thus, as those on the theological and/or political left (of which I consider myself a part) try to address and understand the grievances of those who supported Donald Trump for President, a good first step would be to recognize that conservative religion confers tangible benefits to its adherents and that it's okay to embrace its positive aspects. A second step would be to take the time and energy needed to truly understand conservative forms of religion, not as they are often caricatured in the media, but in terms of their actual beliefs and practices. Those who take such time would discover a level of sophistication that many on the left don't realize exists.

More than once I've remarked that it's  tempting to portray our ideological opponents as immoral, stupid, or both. It may be tempting. It isn't, however, helpful.
Posted by Sean F. Everton at 12:43 AM 2 comments: