Ball Four: Or is It? 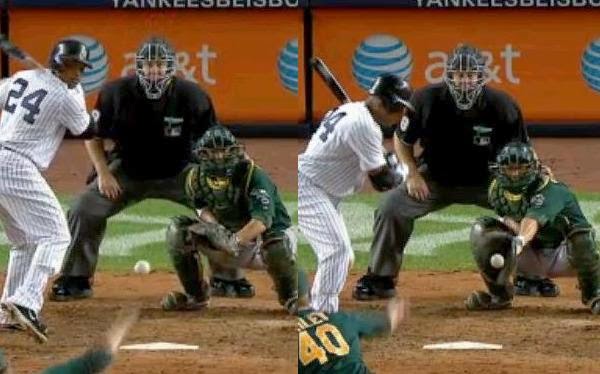 I can't recall how many times I've watched a pitcher get a little wild, walk a couple of guys, and then can't catch a break from the umpire. Almost every pitch that borders between a strike and a ball is called a ball. This inevitably forces the pitcher to start aiming his pitches, which usually translates into him either getting even more wild and walking even more batters or grooving one right down the middle of the plate, which the batter then launches into one of the gaps and drives home numerous runs. It's as if once a pitcher becomes a little wild, the umpire assumes that the next pitch will be a ball. And unless the next pitch is clearly a strike, the umpire calls it a ball. Of course, I have had no data by which to test this hypothesis. Data on how Little League, high school, and college umpires call pitches do not exist.

Thus, it isn't too much of a leap to suppose that after a pitcher has walked a couple of batters, umpires are much more likely to call the next pitch a ball than if he hasn't. What's interesting is that I can actually test this hypothesis. I think I'll wait until I get tenure before I do, however.
Posted by Sean F. Everton at 7:09 PM