Why's the NFL So Hung Up on Marshawn Lynch? 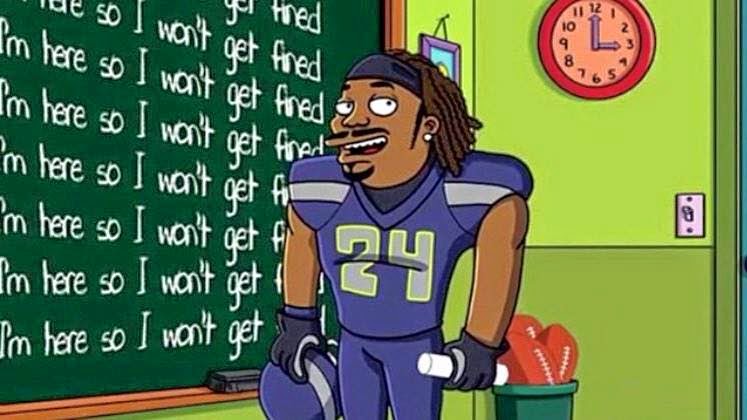 Is it just me, or does the NFL seem to get more upset with the antics of Marshawn Lynch than the fact that Ray Rice beat up his fiancé? Rice was eventually suspended, but that wasn't until after public opinion forced the issue. One gets the sense that the NFL didn't think it that big of a deal. But boy does it get its knickers in a twist over Marshawn Lynch, whether he threatens to wear gold cleats, grab his crotch, or refuse to answer questions at media day during the Super Bowl week ("Lynch: 'I'm here so I won't get fined'"). I think its time for the the NFL to take a step back and get its priorities straight. Quirky players are good for football. Wife beaters are not.
Posted by Sean F. Everton at 8:41 PM