Why Marcus Mariota Better Hope He Falls Like Aaron Rodgers 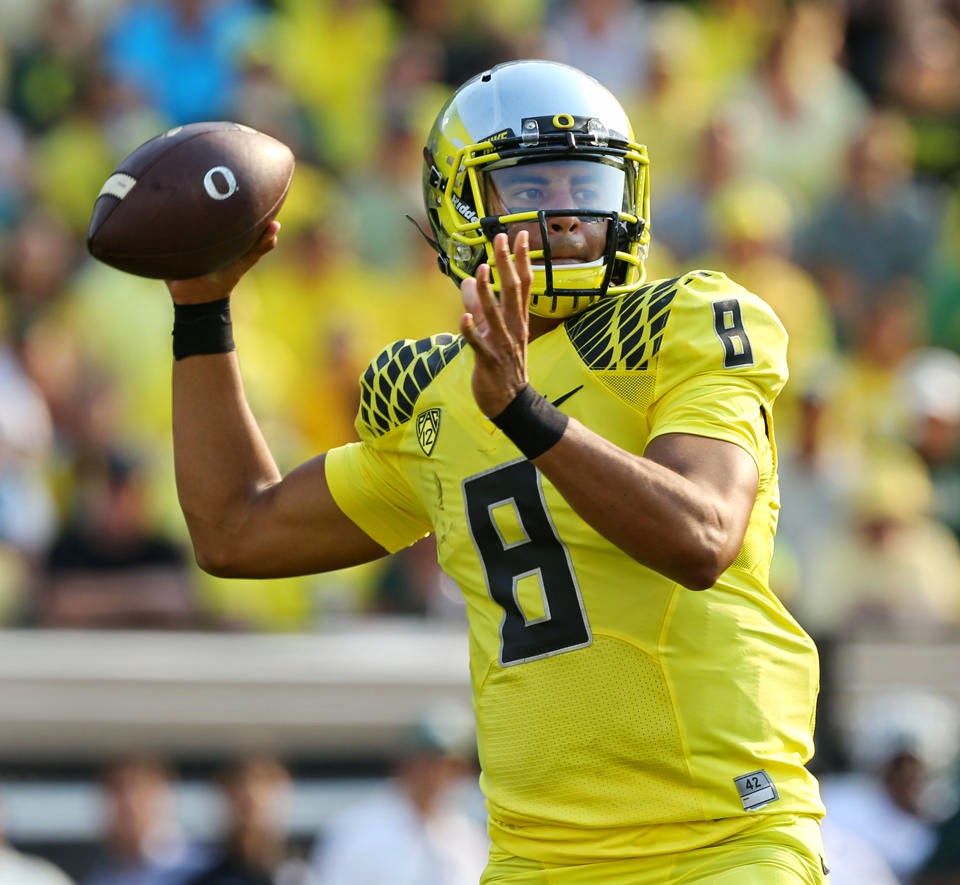 Although Marcus Mariota is almost certainly disappointed about not winning the national championship, losing might help his draft prospects, but not in the way in which most people think. After the game, there was the predictable criticism of his performance (24 of 37 for 333 yards -- "terrible") and some (e.g., Mel Kiper, Trent Dilfer) have argued that he's not "NFL-ready" (then again, neither were Joe Montana nor Tom Brady). Mariota can only hope that NFL scouts think Kiper and Dilfer are right and that he falls far enough in the draft so that he's chosen by a team with a decent offensive line so that he doesn't get beaten to a pulp like Jimmy Plunkett did in his first few years playing for the New England Patriots.

In other words, he needs to fall in the draft like Aaron Rogers did. No doubt, Rogers's ego would have been massaged if the 49ers had drafted him instead of Alex Smith. But if they had, it's unlikely that Rogers would be as good as he is today. He would've spent his first few seasons on the run and landing on the injured reserve list far too often. Instead, he ended up playing behind a future Hall of Fame quarterback (Brett Favre) and for a great team. Marcus Mariota can only hope he is just as lucky. Chip Kelly, are you listening?
Posted by Sean F. Everton at 8:35 PM