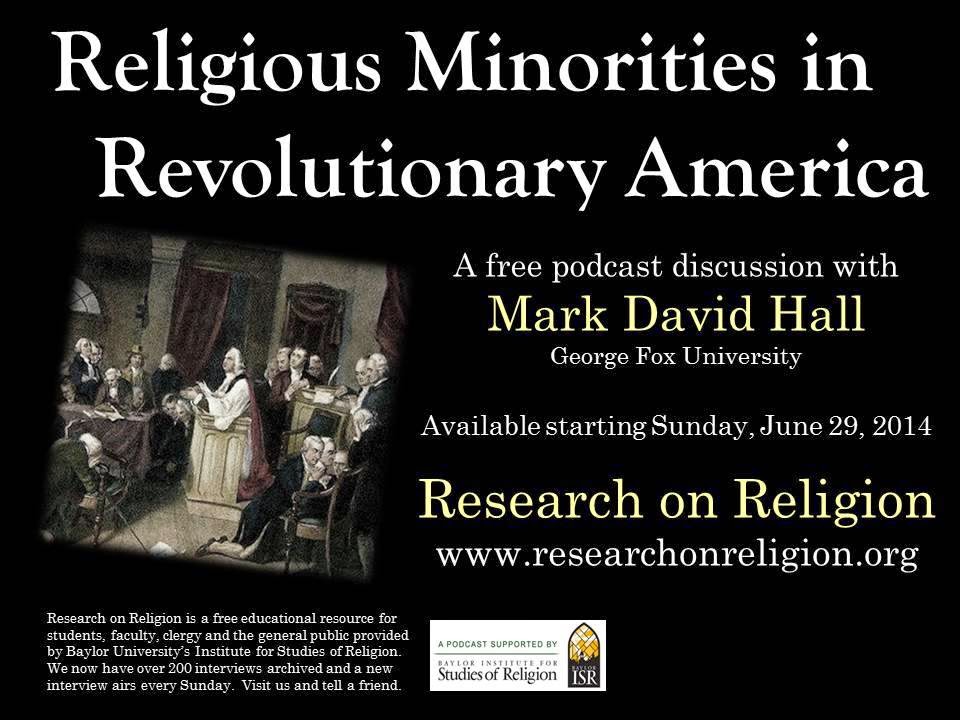 Leland also supported James Madison because of Madison's support for what became the First Amendment and he helped found several of the Baptist congregations in Connecticut, to which President Jefferson wrote his famous letter regarding religious freedom (and includes the line, "wall of separation"). Indeed, his tombstone reads, "Here lies the body of John Leland, of Cheshire, who labored 67 years to promote piety and vindicate the civil and religious rights of all men."

The role of religious minorities in the founding of the U.S. is the subject of a recent Research on Religion podcast ("Mark David Hall on Religious Minorities in the U.S. Founding"). Host Tony Gill's guest this time is Mark David Hall, who is a professor at George Fox University (Quaker) and recently published a co-edited volume with Daniel Dreisbach on Faith and the Founders of the American Republic. The book serves as the basis for the interview, which, aside for a brief moment when Gill extols the virtues of Seattle Seahawk Richard Sherman, is excellent and informative. You can download it from iTunes or listen to it at the Research on Religion website ("Mark David Hall on Religious Minorities in the U.S. Founding").
Posted by Sean F. Everton at 6:05 PM