How Far We Have (Over) Come 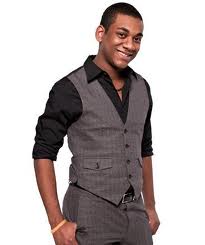 Last night's episode on American Idol featured the top three finalists. A benefit of being in the final three is that each contestant is given his or her own homecoming concert, parade, and other related activities in, well, their home town.

One of the contestants, Joshua Ledet (pictured at right), is an African-American from a small Louisiana town (Westlake). Highlights of his homecoming visit were shown on American Idol, and what was interesting was how most of the people who showed up to the various events and were clamoring for Joshua's autograph were white. And I was struck by how far we, as a nation, have come. That wouldn't have happened in the 1960s, at least not in Louisiana.
Posted by Sean F. Everton at 6:06 PM