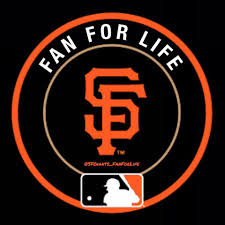 Giants fans need to be patient. Barring a minor miracle, it will probably be a couple of years before the Giants will once again compete for the National League West crown. And it's not because Gabe Kapler's a poor manager (there simply haven't been enough games at this point to know one way or another) or that Farhan Zaidi doesn't know a good prospect from a bad one (he's a large reason why the Giants minor league system is ranked much higher now than it was two years ago). Rather, the primary problem has been that up until recently the Giants have signed long-term contracts, as well as traded prospects for, aging stars with long-term contracts, thus making it difficult to replace older players with younger ones ("Retool or Rebuild: A Choice, Not a Question") (Note: Check out the Dodgers' 2013 roster -- only Kenley Jansen and Clayton Kershaw remain). Consider the following contracts (all of which were signed before the Giants hired Zaidi):
As the list shows, the Giants have several players under contract who are on the downward side of their aging curve ("Aging Curves and Big Contracts"). Baseball players tend to peak in their late 20s. There are exceptions, of course. Hall of Famers tend to peak later, for instance, but there's probably only one future Hall of Famer listed above.

What's frustrating (or should be frustrating for Giants' fans) is that except for Posey's contract, all of these were signed AFTER the players reached their peak. Common sense and simple statistics would've told Giants ownership that most of these were bound to be bad deals. One doesn't have to be an expert to see that Belt and Crawford (and maybe Longoria) are having difficulty catching up with a fastball in the high 90s. And advanced metrics indicate that last season Crawford was only an average major league shortstop in terms of defense -- Note: Posey, Longoria, and Belt all ranked in the top three in the NL at there respective positions  ("SABR Defensive Index: Final 2019 rankings"). And to think there were fans who wanted to sign Madison Bumgarner to a long-term contract after last season! Has anyone noticed how much the velocity on his fastball declined from last year to this year?

So what are the Giants to do? A playoff-bound team might be willing to take on Cueto's contract he continues to pitch well (but the Giants should only do it if they can get some bonafide prospects out of the deal), however it'll be difficult to shed any of the others (Samardzija, of course, is an exception since he's a free agent at the end of 2020). The Giants probably shouldn't try to jettison everyone. Posey's going to be (and probably should be) a Giant for life. He's still one of the best defensive catchers in the game, and if his hip is fully healed, he may be able to put up decent numbers at the plate for a few more years. Plus, he can mentor whoever his replacement is (probably Joey Bart although the Giants drafted another catcher, Patrick Bailey from North Carolina State, back in June).

And they probably should keep Crawford around so he can work with Giant prospect Marco Luciano, who will turn 19 years old in September. Luciano appears to be the real deal. He can field like Crawford, but he also is showing power akin to San Diego shortstop Fernando Tatis, Jr. He'll be 20 years old on Opening Day in 2022, and there's a good chance he'll be ready for the big leagues then ("Giants' Marco Luciano to be MLB's No. 1 prospect in 2022, analyst says"). What about Belt and Longoria? Well, they're still among the best defensive players in the game, but it's unlikely that any team will be willing to take on their contracts, especially if they don't raise their batting averages (both are starting to hit better, though).

Giants fans need to start thinking about the 2020 season as one long tryout. Zaidi will hopefully continue to churn the roster looking for untapped potential (think Max Muncy and Justin Turner). He already may have found a couple of hidden gems in Mike Yastrzemski and Mauricio Dubon. Yastrzemski's been great, but he's 29, so he may only have a few good years left. With luck, he'll prove to be one of the exceptions. The jury's still out on Dubon. He played and hit well last season, but his performance has been underwhelming so far in 2020. His hitting has picked up of late, however, and he has the tools to play multiple positions, much like Chris Taylor of the Dodgers. Then there are the numerous prospects who have yet to make an appearance in the majors, such as catcher Joey Bart, outfielder Heliot Ramos, the aforementioned Marco Luciano, and pitchers Seth Corry, Tyler Cyr, and Sean Hjelle, to mention just a few. There's a good chance that one or more will pan out. Not all of them will. And we won't know which ones will and which ones won't for a couple of years.

Which is why Giants fans need to be patient. Very patient.
Posted by Sean F. Everton at 8:35 PM