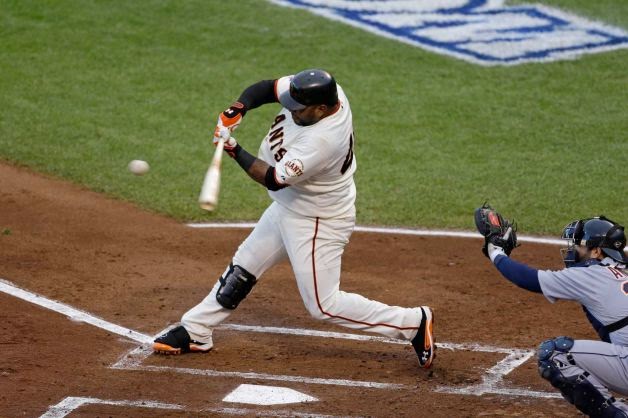 The Boston Red Sox just dropped a lot of money on two of the hotter free agents of the post-2014 season: Pablo Sandoval and Henley Ramirez. Sandoval received a 5-year contract for $95 million, and Ramirez a 4-year contract for $88 million. I'm happy about Ramirez, he's been something of a thorn in the Giants' side for a couple of years now, so I'm not sorry to see him go. But I am sad to see the Panda leave the Bay Area. He's been a lot of fun to watch over the years, and in 2012 and 2014, he was stellar in the post season (he hardly played at all during the Giants 2010 World Series run).

Still, I'm unsure if the Red Sox's moves make sense for the simple fact that baseball players tend to peak in their late 20s. Take, for instance, the aging curves below, which map and compare the performance of Hall of Fame players and average players, along with the years when players typically enjoy their best seasons and their WAR (win above replacement) statistic by age. Hall of Famers tend to peak between the ages of 28-30 and average players between 25-27, which suggests that Sandoval, who is 28, and Ramirez, who is 30, may have already passed their prime. Because Fenway Park's friendly confines are a hitter's dream, it wouldn't surprise me a bit if over the next couple of years Pablo and Ramirez put up better offensive numbers than they did in their last couple of years in San Francisco and LA. But given that both have a history of injuries, and Sandoval has difficulty controlling his weight, I'm not sure whether, when all is said and done, that the Giants and Dodgers ended up with better deals.
Posted by Sean F. Everton at 6:11 PM