It's Really Not OK to Kill People 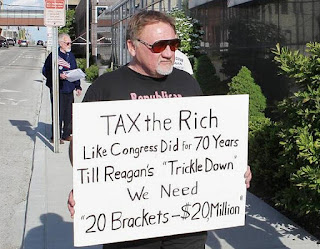 This morning, James Hodgkinson, 66, of Belleville, Illinois, opened fire on Republican Representatives and staffers, who were practicing for the upcoming baseball game between Democrats and Republicans. According to his brother, he was unhappy with the recent election and had recently traveled to DC to protest policies proposed by President Trump and the Republican-controlled Congress.

I get why people get frustrated. When laws and regulations are passed that one opposes, its easy to feel powerless, to get angry, because it seems like there's nothing one can do, especially when the next election is almost two years away. But violence is not the answer. Not only is it morally wrong (we used to call it a sin, but that's intellectually unfashionable these days), it solves nothing, and in fact only hands the opposition a moral victory. So, it's time for folks to dial things back. It's okay to be angry, but take it out by sending emails to newspaper editors, calling your local and state representatives, marching "vigorously" against policies that you oppose, or on the elliptical cross-trainer at your gym. But, it's really not okay to kill (or try to kill) people. Really.
Posted by Sean F. Everton at 5:55 PM