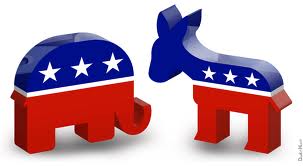 Anyone following my posts on the upcoming election will know that I've been predicting an Obama win but with the Republicans retained control of the House and captured the Senate. A big part of the Democrats' problem was that of the 33 seats up for reelection this year, 23 are currently held by Democrats. This fact combined with an anti-incumbent mood, put Democrat control of the Senate in jeopardy.

Now, however, it looks like the Democrats might hold on to the Senate. Their' fortunes improved somewhat when the  Republican Senator from Maine, Olympia Snow, chose not to run. Although that wasn't enough to throw Senate control to the Democrats, it did raise the probability that neither party would control the Senate because the front runner in Maine (Angus King) is an Independent.

Democrats' fortunes really began to improve when the Republican nominee from Missouri, Todd Akin, commented that there were legitimate forms of rape ("What did Rep. Akin mean by ‘legitimate rape’?"). If he had dropped out of the race, then the Republicans would still have a good chance at gaining control of the Senate, but since he hasn't, it now appears that the voters will send the Democrat nominee, incumbent Claire McCaskill (who is very unpopular), back to the Senate for another 6 years.

Add to this the improved odds of Democrat nominees in Wisconsin, Virginia, and Massachusetts, and all of a sudden it looks like the Democrats will hold on to the Senate ("Democrats likely to retain Senate as four critical races shift in their favor"). Nothing, of course, is a done deal until after the election, but if the races in Missouri, Wisconsin, Virginia, and Massachusetts keep trending in the same way, then it appears the during first two years of President Obama's second term, Congress will look very much like it has the past two years.
Posted by Sean F. Everton at 10:33 AM