The Twelve Days of Christmas Begin Today (or Tomorrow) 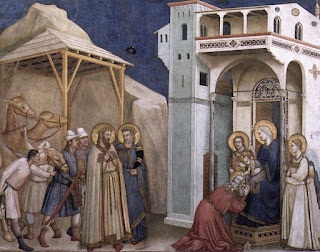 The 12 Days of Christmas begin today. That's right. They are not the 12 days prior to (and including) Christmas Day. Rather, they are 12 days running from either December 25th to January 5th or from December 26th to January 6th, depending to which tradition one follows. Either way, the 12 days take us to Epiphany (January 6th), which commemorates the Wise Men presenting their gifts to the infant Jesus, who may have been as old as 2-years when they finally track him down. That is why the Wise Men shouldn't appear in Nativity scenes until Epiphany, but, of course, many people have taken them down by then.

When most of us think about "The 12 Days of Christmas," however, we usually think of the song. The song's origins are unclear, but one story, which has little historical support but's fun to consider, claims that the song originated as a Roman Catholic "Catechism Song" during a time when Catholicism was "strongly discouraged" in England (1558-1829):