Why We Should Wait to Open Our Churches, Synagogues, and Mosques 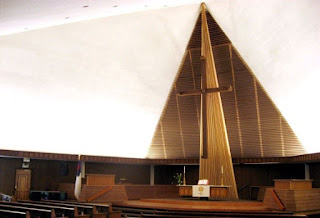 A little over a week ago, President Trump told states to lift shelter-in-place orders that prohibit faith communities from gathering in large numbers. As a response, the United Church of Christ issued a statement urging churches to wait until all safety concerns have been addressed ("Should Churches Return to Worship in Their Sanctuaries?").

Pastors and lay people have weighed in as well. Charles Weidman, a member of First Congregational Church of San Jose, had this to say in an (unpublished) letter to the editor to the (San Jose) Mercury News:


On Friday, May 22, Donald Trump demanded that states lift shelter-in-place orders which prohibit large groups from gathering in churches, synagogues, and mosques. He stated he would overrule states which do not comply with his demands (a power he does not have).

In seeking to appear as a religious champion, he instead demonstrates a basic lack of understanding of these religions’ fundamental principles. Our faith calls us to care for one another, to ensure the safety of the sick and the vulnerable. We are, therefore, temporarily sacrificing meeting and worshipping together in large groups, because doing so helps to preserve the health of our church family and our surrounding community.

Mr. Trump’s declaration that houses of worship are “essential” ignores faith teachings. Worship is essential. Pastors, priests, rabbis, and imams throughout the nation have creatively developed ways to gather worshippers remotely. Exercising faith and prayer does not depend on a building. House Speaker Nancy Pelosi understands this, demonstrating her devout faith by praying daily, even for Mr. Trump (see Matthew 5:44).

Unfortunately, Mr. Trump does not practice any religion; he seeks only to exploit religion to support his own, selfish, political needs.

Then there's this from Rod Kennedy, pastor at a Baptist Church in Ottawa, Kansas:

On behalf of my Baptist congregation I want to thank you for your concern for houses of worship. We respectfully decline your suggestion that we re-open. The First Amendment, religious freedom, separation of church and state - all that constitutes our right to ignore you.

I’m not drinking bleach, taking suspect drugs, or buying your demagoguery. We will let you know when our church decides to re-open. After all, we are a free, independent Baptist congregation and government interference irritates our Baptist gumption.

When churches do re-open we would be happy to SEE YOU IN CHURCH EVERY Sunday. It might help you find some divine wisdom.

If you want to help, wear a mask, stop being divisive, make sure voting will be easy in November, and stop mocking, threatening, and demeaning others. It’s not a religious practice.

Thankfully, this past week the U.S. Supreme Court denied an appeal from a church in California to block enforcement of state restrictions on attendance at religious services. As Charles points out in his letter to the editor, it seems that some people are confusing "church" with a building. It's not. Faith is much more than where people meet. Don't get me wrong. It's nice to be able to meet, but it isn't worth putting peoples' lives at risk to do so.
Posted by Sean F. Everton at 4:27 PM