Fans Having Fun with the Astros Sign Stealing Scandal

Unsurprisingly, baseball fans are having a little "fun" with the Astros sign stealing scandal. For example, someone edited the Wikipedia page listing major league baseball's MVPs: 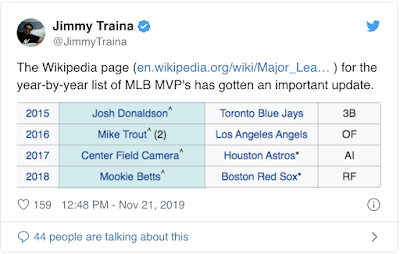 It was edited back not too long after it was changed. Another Wikipedia entry, this one about the 2017 American League Championship Series between the NY Yankees and Houston Astros, was also edited to read, "The Astros cheated the Yankees in seven games after falling behind three games to two."

I hasn't been changed back, at least not the last time I checked. I'm waiting for an LA fan to take a shot at the Wikipedia page about the 2017 World Series. They could take some inspiration from the Pope, who has apparently joined in the fun: 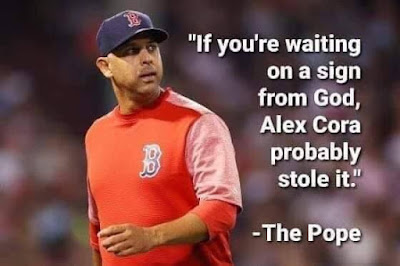 Everything you read on the internet is true, right? Then there's the Astros' new Bobble Head: 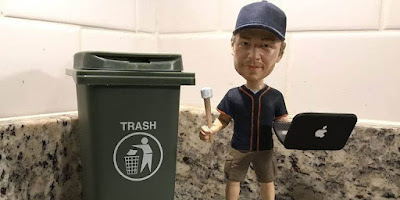 Evidently other people have had their signs stolen by the Astros: 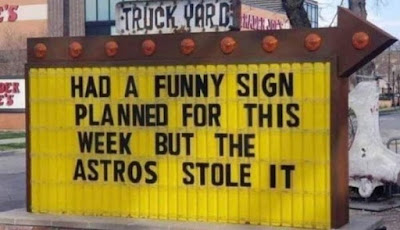 Pete Rose can't quite get his head around about the punishment the Astros' manager received from MLB for cheating: 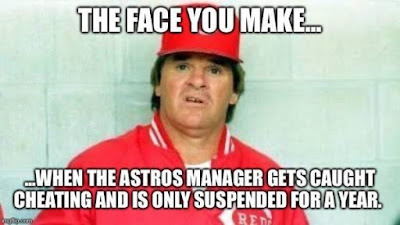 Even Patriot-hating fans have joined the pile on: 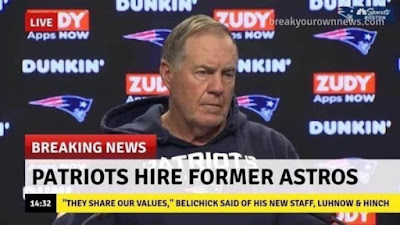 And more than a few people have suggested a new name for the Astros: 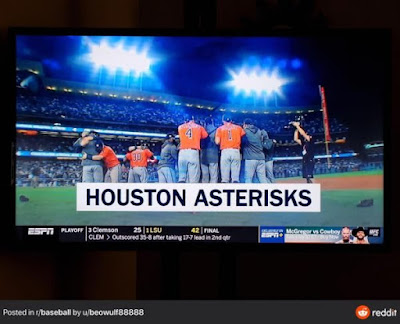 And then there's some new Astro's batting helmets: 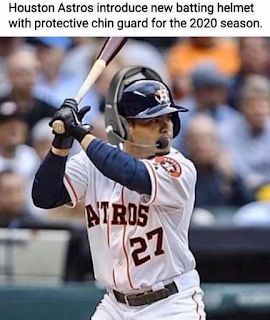 That's it for now. I'll keep updating this post as new memes come to my attention (at least for awhile).