Regression to the Mean and the 49ers' Next Coach 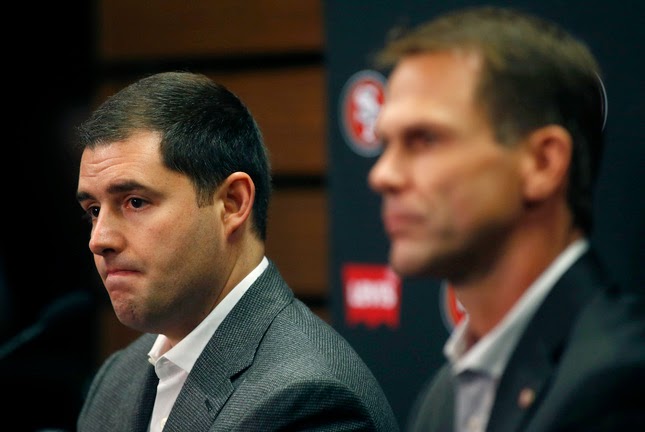 Regression to the mean is the statistical tendency for traits that lie far above or below the mean for a population to move (regress) toward the mean. That is why the IQs of children of extremely low or high IQ parents will, on average, cluster much more closely around the population mean than those of their parents. It is also why professional golfers who shoot extremely high or low scores in the first round of a tournament will probably shoot scores in the second round that will bring their scores after two rounds closer to the tournament average. In other words, a golfer who shoots a very low score in the first round is likely to shoot a higher than average score in the second.


This phenomenon also helps explain why when a NFL team fires its head coach, the team almost always finishes with a better record the following season. As a recent FiveThirtyEight article explained ("There's Not Much Evidence A New Coach Will Help the Jets, 49ers or Falcons"):


Teams that change coaches have a strong tendency to improve the following season, which could be taken as prima facie evidence that swapping in a new coach makes a profound difference. But it also could simply be the residue of regression to the mean. A poor record is generally required for a team to consider dismissing its coach, but much of the differences in NFL team records is due to luck and not the comparative skill levels of the teams themselves. When that luck evens out, the team appears to improve, even if its underlying skill didn’t change all that much.

In other words, it's likely that regardless who the Jets, 49ers or Falcons hire as their next head coaches, they will post regular season records in 2015 better than their 2014 records. This will almost certainly be true for the San Francisco 49ers who were one of the most injury-plagued teams in the NFL this season ("NFL Injury Report"). Thus, even if the Niners finish next season with a better record than 2014, it's unlikely that it'll have anything to do with who the new coach is. That may even be true even if the Niners win the Super Bowl next year.
Posted by Sean F. Everton at 1:08 PM