I've written several times in the past about the dangers of kids playing a single sport year round: 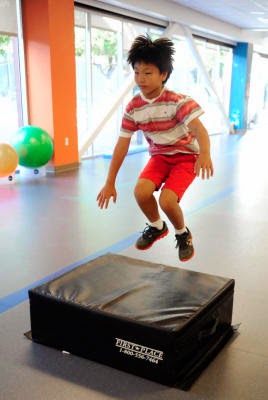 I don't want to beat a dead horse, but this week in the San Jose Mercury News ("Too Much, Too Soon?") there is a story about a young boy who tore his ACL (anterior cruciate ligament) when he was 7! And he isn't unusual. More and more young kids are suffering injuries that a few years ago didn't strike young athletes until they were 16 or 17. And when I was a young, torn ACLs (and similar injuries) were unheard of. They only happened to college and professional athletes.

What's happened? Increased specialization and year-round sports. Young athletes are increasingly specializing in a single sport and then playing it year round. And while specialization can sharpen skills, it also leads to more repetition, more strain, and more injuries. Muscles and joints need breaks. They need time to repair. But when kids play year round, their bodies aren't given a chance. Compare the current situation to when I played Little League. I probably threw over 100 pitches in every game I pitched as an 11 and 12 year old, but I never had any arm problems. Why? Because I didn't play baseball from August to March. Instead, I played other sports, like football, basketball, wrestling, and track.

What can be done? Youth sports organizations like Little League Baseball are doing what they can. Little League has implemented pitch counts (I'd only be able to throw 85 pitches a game now) and mandatory rest periods between appearances, but that only addresses the symptom not the disease. In the end I think it will have to be parents who step up and insist that there kids do not play the same sport year round. I don't think coaches of club sports teams will because most (not all) don't have their players' best interests at heart. They are responding to different incentives. They want to win now, which means they want the best players and are reluctant to take a few months off (another team might pick them up, after all!). Thus, they come up with reasons why your son, who throws 90+ miles an hour, or your daughter, who is 6'5" and strikes the volleyball at 45 mph, has to play in that tournament in Modesto next week although they are already slam-dunk Division I recruits. "College scouts will be there; it's a great opportunity."