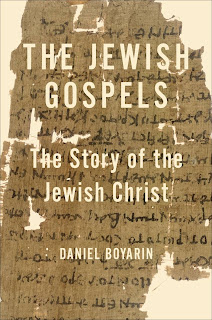 It is almost gospel among New Testament (NT) scholars that the idea of a suffering, dying, and rising Messiah who should be worshipped was not a notion that Jesus embraced but rather a story created (so to speak) by the early Christians in their attempts to explain the crucifixion and their experience of the resurrection. Thus, you find scholars writing about the Jesus of history and the Christ of faith or claiming that through literary license, Jesus "is made to confess what Christians had come to believe" ("The Five Gospels," p. 24). For example, in reference to Matthew 20:20-23,


Then the mother of the sons of Zebedee came to him with her sons, and kneeling before him, she asked a favor of him. And he said to her, "What do you want?" She said to him, "Declare that these two sons of mine will sit, one at your right hand and one at your left, in your kingdom." But Jesus answered, "You do not know what you are asking. Are you able to drink the cup that I am about to drink?" They said to him, "We are able." He said to them, "You will indeed drink my cup, but to sit at my right hand and at my left, this is not mine to grant, but it is for those for whom it has been prepared by my Father."


Jesus' question about his cup and baptism is laden with Christian theological meaning, from the post-Easter perspective of Mark. The cup is that of the last supper... and of the ordeal in Gethsemane, and the baptism is a reference to his impending death, not a reminiscence of his baptism by John" ("The Five Gospels," p. 226).

Leave it to Daniel Boyarin, a Talmudic scholar, an Orthodox Jew, and a UC Berkeley Professor, to challenge this assumption. He argues that ideas such as the dual godhead with a Father and a Son and a Redeemer who will be both God and man and will suffer and die as part of the salvation process "have deep roots in the Hebrew Bible... and may be among some of the most ancient ideas about God and the world that the Israelite people ever held" ("The Jewish Gospels," p.158). Here's a sample of some of Boyarin's claims:


On the other hand, Jews will have to stop vilifying Christian ideas about God as simply a collection of "un-Jewish," perhaps pagan, and in any case bizarre fantasies. God in a human body indeed! Recognizing these ideas as deeply rooted in the ancient complex of Jewish religious ideas may not lead us Jews to accept them but should certainly help us realize that Christian ideas are not alien to us; they are our own offspring and sometimes, perhaps, among the most ancient of all Israelite-Jewish ideas (pp. 6-7).

On the other hand, certain kinds of "liberal" Christian apologists... will have to stop separating out a "good Jesus" from a "bad Christ." I suggest that Jesus and Christ were one from the very beginning of the Jesus movement. It won't be possible any longer to think of some ethical religious teacher who was later promoted to divinity under the influence of alien Greek notions, with his so-called original message being distorted and lost; the idea as Jesus as divine-human Messiah goes back to the very beginning of the Christian movement, to Jesus himself, and even before that (p. 7).

By now, almost everyone recognizes that the historical Jesus was a Jew who followed ancient Jewish ways. There is also growing recognition that the Gospels themselves and even the letters of Paul are part and parcel of the religion of the People of Israel in the first century A.D. What is less recognized is to what extent the ideas surrounding what we call Christology, the story of Jesus as the divine-human Messiah, were also part (if not parcel) of Jewish diversity at this time (p. 22).

Mark's saying about the Son of Man being Lord of the Sabbath is... a radical eschatological move, but not one that is constituted by a step outside of the broad community of Israelites or even Jews (pp. 69-70).

Jews at the same time of Jesus had been waiting for a Messiah who was both human and divine and who was the Son of Man, an idea they derived from the passage from Daniel 7 (p. 72).

If all the Jews--or even a substantial number--expected that the Messiah would be divine as well as human, then the belief in Jesus as God is not the point of departure on which some new religion came into being but simply another variant (and not a deviant one) of Judaism (p. 53).

Almost the entire story of the Christ... is found as well in the religious ideas of some Jews who didn't even know about Jesus. Jesus for his followers fulfilled the idea of the Christ; the Christ was not invented to explain Jesus' life and death (p. 72).

I submit that it is possible to understand the Gospel only if both Jesus and the Jews around him held to a high Christology whereby the claim to Messiahship was also a claim to being a divine man (p. 55).

The ideas of Trinity and incarnation, or certainly the germs of these ideas, were already present among Jewish believers well before Jesus came on the scene to incarnate in himself, as it were, those theological notions and messianic calling (p. 102).

It has been generally assumed by modern folks that Jews have always given [Isaiah 53] a metaphorical reading, understanding the suffering servant to refer to the People of Israel, and that it was the Christians who changed and distorted its meaning to make it refer to Jesus. Quite to the contrary, we now know that many Jewish authorities, maybe even most, until nearly the modern period have read Isaiah 53 as being about the Messiah; until the last few centuries, the allegorical reading was a minority position (p. 152).

Put simply, if Boyarin is correct, then the belief that Jesus was the Messiah, the Son of Man, who died and was resurrected, and who should be worshipped as God, was not a story created by Jesus' earliest followers. Rather, it was a story already present in Jewish thought before Jesus was born.

None of this, of course, proves that Jesus was the Messiah or was divine. For better or worse, that will have to remain an article of faith. It does suggest, however, that it is conceivable that Jesus and his followers thought that he was the Messiah and God-incarnate, which means that many of those sayings of Jesus that some New Testament scholars dismiss as unauthentic because Jesus refers to himself as the Son of Man or conceives of himself as divine may authentic after all.
Posted by Sean F. Everton at 11:49 PM