Why It's Easy to Believe in God 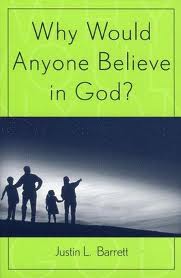 In three recent posts ("A Case for Religious Freedom," "Religion's Surprising Persistence," "Religion, Fast and Slow") I referred to the work of cognitive scientists of religion, who argue that human beings are naturally religious, not in the sense that religious belief is biologically determined, that everyone is religious, or that what people come to believe about the divine is necessarily true. Nor do they argue that their findings prove the existence of god, the gods, or some supernatural force (These are scientists after all, and some, such as Jesse Berring, are actually quite hostile to religion). Rather, all they argue is that it's cognitively easy to be religious because it belongs to those set of cognitive capacities that are a part of the natural maturing process. This probably help explains why, in spite of the wishful thinking of many, religion hasn't and won't go away as well as why some religious traditions fair better than others.

If you are interested in learning more, here's a interview with Justin Barrett on Anthony Gill's Research on Religion podcast ("Justin Barrett on the Naturalness of Religion"). You can either listen to it on your computer or download and import it into iTunes. There is also this following video presentation by Justin Barrett at UC Davis to the Veritas organization (a Christian organization) back in February of 2012. It's good, but I personally prefer the interview over the presentation.